Charles was born in Brooklyn, New York and raised in a hard working middle class family who always valued the importance of core values such as honesty and integrity. He carried these values to his financial practice that began at the age twenty.

Charles is also very active in the financial services industry, and is the past President of the Long Island Chapter of the Society of Financial Service Professionals* from 2011 to 2012. He has also mentored several advisors and works in a producer group.

He is also a member of the prestigious Million Dollar Round Table .

Charles resides in St. James, NY with his family and pets. He is very involved in physical fitness and athletics, as well as coaches and trains youth sports for his children.

He considers it a noble opportunity to be able to serve his clients. He is known for saying, " This is the most honorable work". He loves to give back and helps when he can.

Check the background of our investment professionals on FINRA’s BrokerCheck 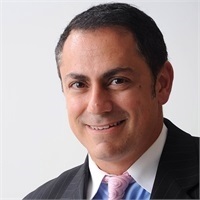